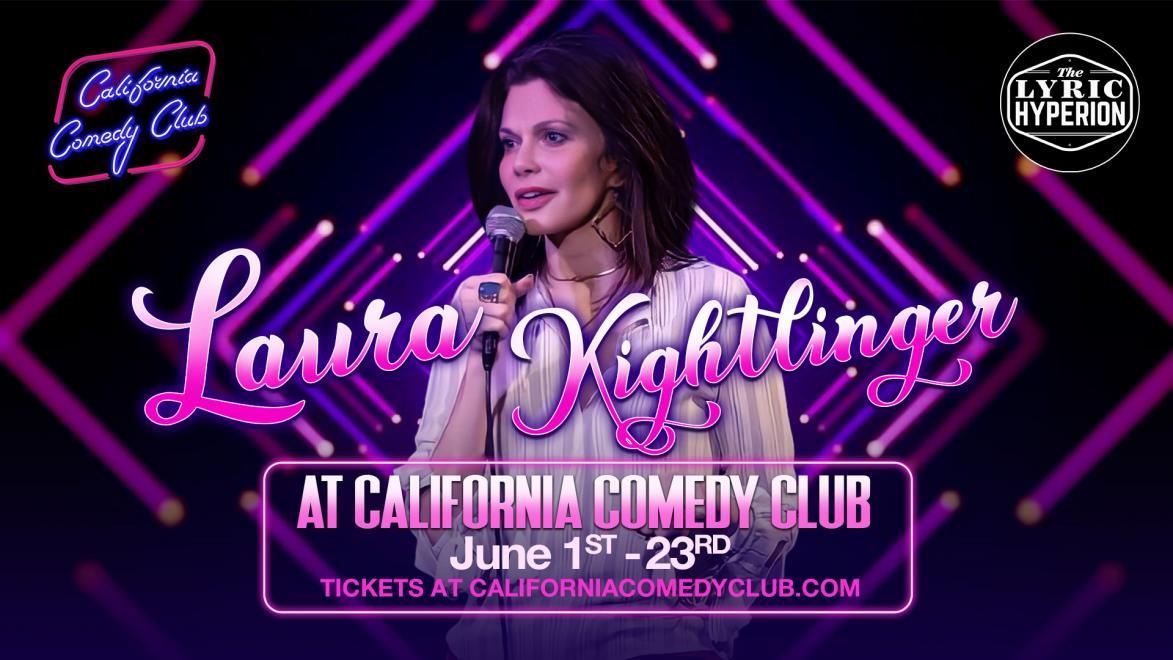 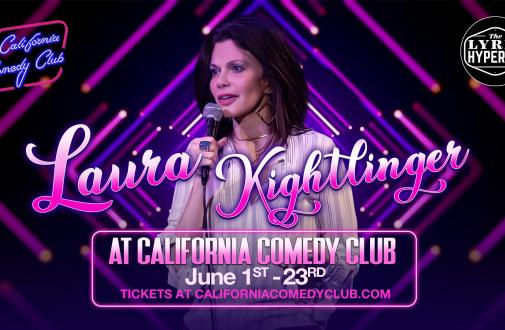 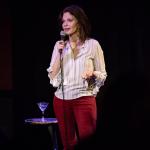 Fresh off a near-fatal brain aneurism, Laura will be capitalizing on her misfortune with slightly worn and new with-tags material in prep for an hour special -- like every other jackass. She will be joined by her brilliant friends: Lizzy Cooperman, Fielding Edlow, James Fritz, and Allen Strickland-Williams.

Laura Kightlinger is a writer and stand-up comic. At the 2018 Just For Laughs Festival, the Montreal Gazette described her as “a femme fatale deadpan who took risks leading the audience into hilariously dark, unexpected territory.” In addition to standup specials and appearances on late-night TV shows, Laura has been featured on: Curb Your Enthusiasm, PEN15, The Goldbergs, Will & Grace (on which she’s written since its inception), as well as creating and starring in the critically acclaimed, The Minor Accomplishments of Jackie Woodman, streaming on Amazon. Over the years, her book, Quick Shots of False Hope, described in the NYTimes Book Review as “memorable and darkly comic,” has been adapted for TV and film. Kightlinger’s documentary, 60 Spins Around the Sun,  chronicling activist Randy Credico’s fight to repeal the Rockefeller Drug Laws, won Best Documentary in the Boston, Empire State, and Beverly Hills Film Festivals. Laura won Best Director for her first short film, Dependable People, at the Black Maria Film Festival. Other shorts she’s written and directed include: Cat Demon: Re-Exhumed, American Heroine, Roy Fabcock: Legendary Lover, Exposition 7, Laura Gets Adopted, Cat Guys, and the stop-motion thriller, The Scrap County Murders.