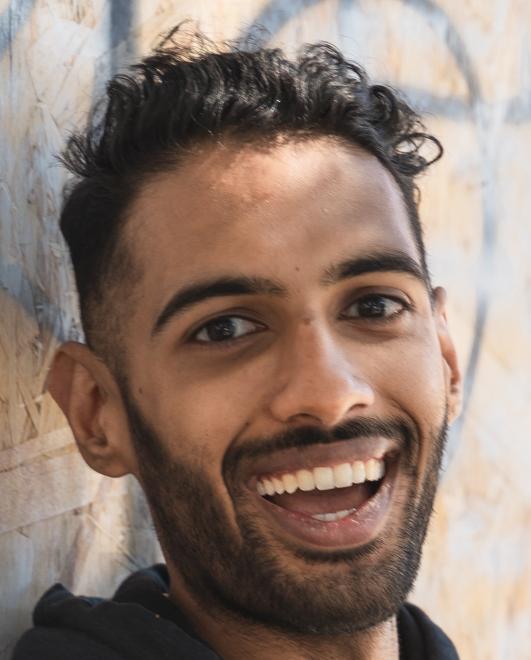 You Can Follow Me @ --
"Born with an incredible last name (Kalyanasundaram) and a penchant for theatrics that was first showcased in his preschool winter musical where he played Santa Claus, Vishal was destined to provide entertainment and laughs for the masses

His comedy is based on his perspective as a man caught between worlds, his Indian heritage and American upbringing, and pokes fun at everyone in his life - his family, his friendships and relationships, and especially himself - through his uniquely goofy perspective. He has performed at clubs and festivals across the country, including Cobb’s Comedy Club, New York Comedy Club, Burbank Comedy Festival (where he won Best of Fest), North Carolina Comedy Festival, and more. His TV appearance’s include ABC’s Celebrity Dating Game and Netflix’s Indian Matchmaking. He has acted and modeled for multiple brands including Cisco, GoDaddy, Michelob, and more."