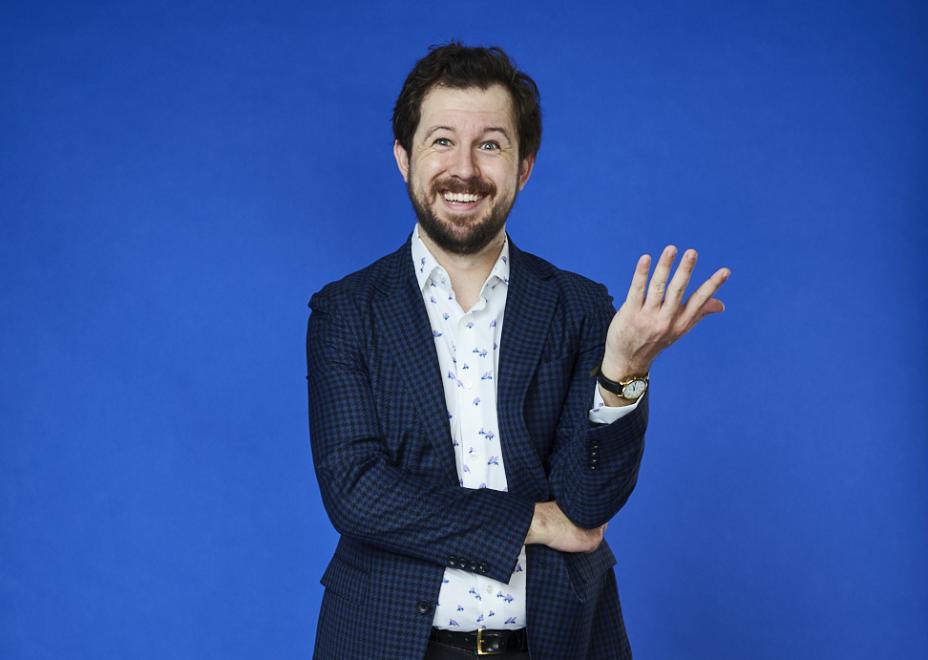 You Can Follow Me @ --
Stuart Thompson is a stand-up comedian, actor, voiceover actor, writer, and host

His debut album “Dandy Man” debuted in the top ten on Apple Music and can be heard on all streaming platforms, including Sirius XM. He has been seen on Robert Rodriguez’s “Matador” on the El Rey Network and a Toyota commercial, in which he spoke both English and Spanish. His voice can also be heard in the Spanish dub of the Nick Jr. show HobbyKids Adventures. He has written for the National Lampoon and the CBS Diversity Showcase. He has performed in 7 countries & all the major comedy clubs nationwide. On his late night talk show - The L8 Night Show with Stuart & Luke - at the Hollywood Improv, Stuart shared the stage with many comedians including Nikki Glaser, Joe Rogan, Quinta Brunson, Jerrod Carmichael, and Adam Devine. He has opened for dozens of comedians, including Russell Peters, Ali Wong, Dana Gould, Steve Treviño, Iliza Shlesinger, & Bobby Lee. Stuart’s love for comedy began at the age of 12 when he saw George Carlin on TV and was mesmerized by Carlin’s ability to captivate a crowd with only his thoughts and words. A few years later, Stuart began watching Late Night with Conan O’Brien and Saturday Night Live religiously, longing for an opportunity to perform comedy in front of an audience but believing it wasn’t something he had access to do. It wasn’t until Stuart was 18 and a student at UC Berkeley that he went to his first open mic at the Brainwash Cafe in San Francisco that the dream of being a comedian began to become a reality. Within a year, Stuart was performing on shows all over the Bay Area. On his first paid show, he got to meet Robin Williams and Mort Sahl and realized that a career in comedy was possible. He has been entertaining audiences ever since then. Currently, Stuart can be seen performing all over Los Angeles and the U.S. as he builds his new hour of stand-up.