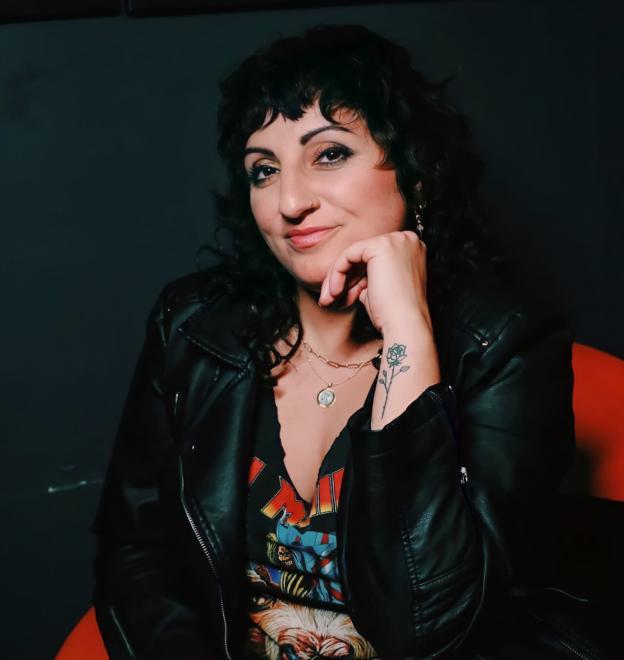 You Can Follow Me @ --
Steph Tolev is a stand up and sketch comedian from Toronto, Canada currently living in LA

Her unique brand of absurd and personal comedy has made her an audience favorite across North America both on stage and on television. As a stand up, Steph has done the prestigious Just For Laughs Comedy Festival in Montreal and featured in a TV Gala as well being part of the Homegrown competition in 2014. She also taped a TV set for the Halifax Comedy Festival that airs on CBC. She was one of the 42 with her sketch duo Ladystache in the Just For Laughs 42 festival in Toronto. During JFL42 she was also a finalist for Sirius XM Radio’s Next Top Comic competition and featured on Andy Kindler’s Alternative show. She was well-received at the acclaimed Edinburgh Fringe Fest, Bridgetown Comedy Festival, Laughing Skull Festival, San Fran Sketch Fest, Big Sky Festival, Montreal, Toronto and Vancouver Sketch Fests, as well as North By North East. She’s also opened for Rob Delaney, Eugene Mirman, Brent Morin, Kyle Kinane, Kurt Braunohler, Todd Glass and appeared on the international show “Set List.” She won the award for Best Female Stand Up at the Canadian Comedy Awards in 2015 and was nominated for her sketch troupe. Her first stand up album “Hot N’ Hungry” hit number one on iTunes and had amazing reviews from both the Comedy Network and Exclaim Magazine. Ladystache also released their first full length sketch comedy album through iTunes entitled “So Many Wolves” that had rave reviews from the Comedy Network and also hit number one on iTunes.