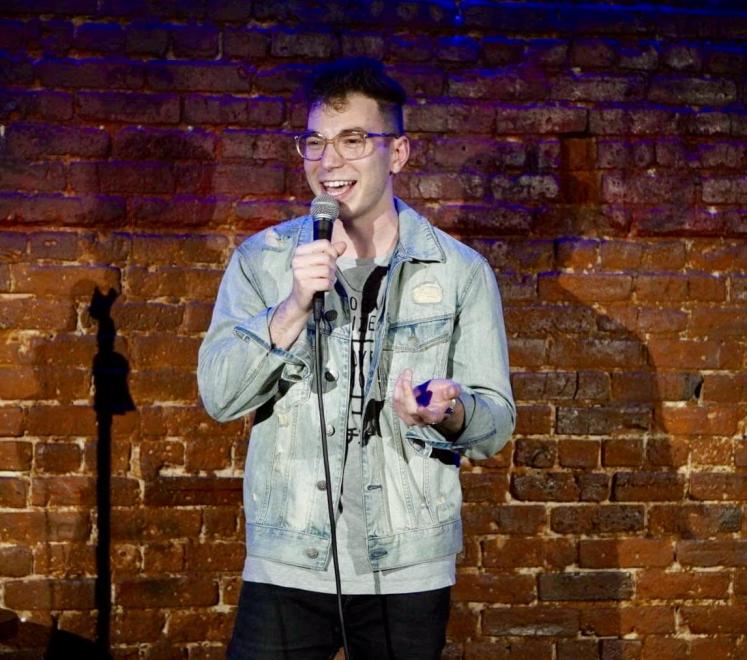 You Can Follow Me @ --
Maximilian Spinelli is an NYC-based comedian, actor, writer and all-around peach of a human being

Blending together a style that is both conversational and confrontational, he’s built a brand that can only be described as “Premium Trash Bag”. In 2019, he competed in the Comedy Mob Festival, Stand Up NBC, and was the winner of the Sloshed Stand Up competition. A passed comic at the Comic Strip in the Upper East Side, co-producer of the monthly Tell You What Comedy Show, and writer/producer/star of a recent pilot, he’s more than just the guy you’ve seen in the background of several canceled network TV shows. You’ve also seen him at your local cafe saying things like “What percent cacao is this?” and “Timothée Chalamet stole my career!”