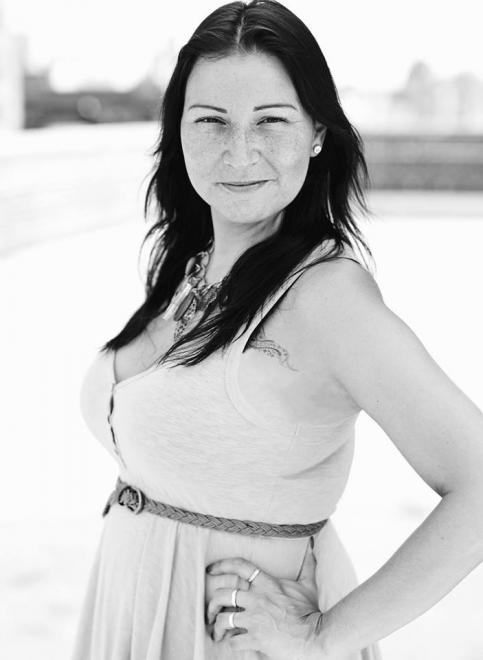 You Can Follow Me @ --
From the moment she emerged from the womb, Luz Michelle, was instantly thrust into quite a unique existence

Half Colombian & half Native-American and adopted from Bogota, Colombia by two Eastern European Jews, Luz was raised in NYC on the forgotten borough with the second biggest dump in the world that they now call "Heroin Island" - Staten Island, New York. It is no wonder she often turns heads wherever she goes - though it’s more often because of her distinctly nasal and louder than average laugh and strong New York accent vs. her striking beauty. Luz has channelled her experiences and background into a successful comedy career, gracing stages with her malapropisms and unique style as far as Israel and Austin, TX and closer to home at marquis venues such as Dangerfield's, Gotham Comedy Club, The Pit, The Metropolitan Room, Brother Vic’s, Lucy’s Laugh Lounge, The Triad Theater and The Stand, among many others. Recently, Luz introduced Hard Headed Comedy™, an entertaining showcase of both established and up-and-coming comedic talent in the Northeast.