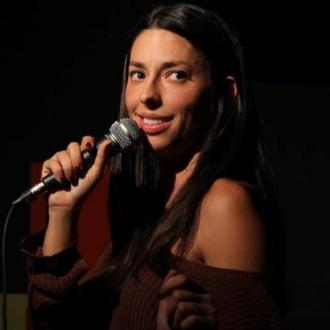 You Can Follow Me @ --
Jade Catta-Preta has performed across the country with Bill Burr, Kevin Nealon and Bobby Lee

She is a regular at The Improv, Laugh Factory and The Comedy Store. She was a cast member last year on Punk'd, and guest starred on "Two Broke Girls" and "The Office." You can watch her opposite Steve Rannazzisi in "Daddy's Knows Best," on Hulu's "The Morning After" and she just finished production on MTV's "Hot Mess." Recently, she made her television stand-up debut on TV Guide's "Stand-up in Stilettos." You can also see her on the upcoming season of Showtime's Californication.