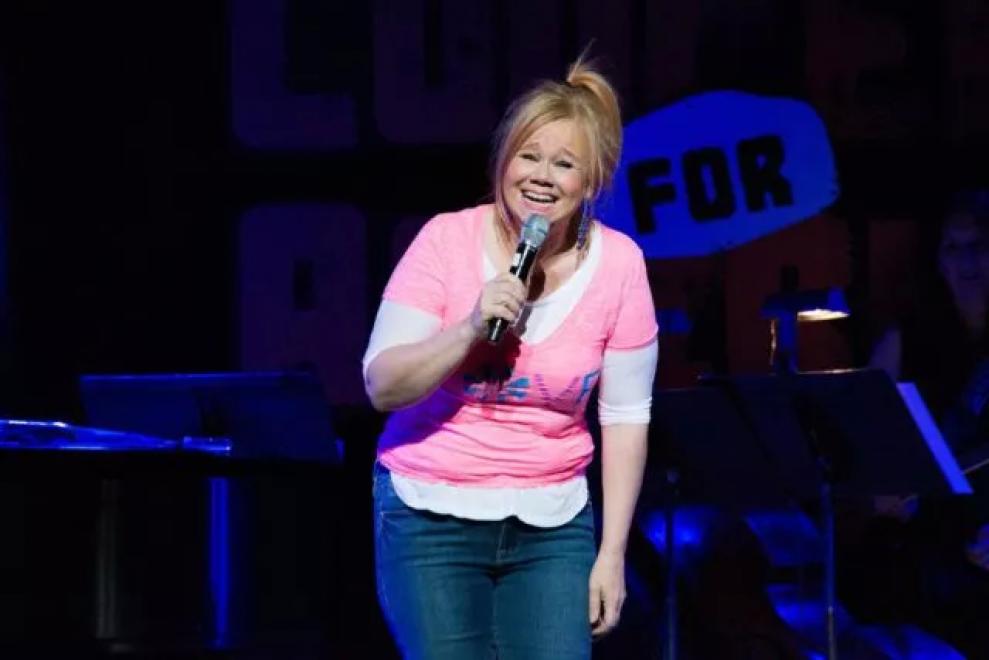 You Can Follow Me @ --
A brilliant stand-up comedian, actress and talk show host, Caroline Rhea brings a fresh, smart and spontaneous approach to comedy

She is remembered by a generation as Aunt Hilda on the WB's "Sabrina, The Teenage Witch." Rhea's feature credits include working with Jim Carrey in a supporting role in Man on the Moon, the story of the late comedian Andy Kaufman, and the wrestling film, Ready to Rumble, opposite Oliver Platt, David Arquette and Scott Caan. On the small screen, Caroline has guest-starred as Drew's girlfriend on The Drew Carey Show and starred in the television movie, Mom's Got a Date with a Vampire. She appears regularly on Late Night with Conan O'Brien and has also made appearances on the Late Show with David Letterman, The Tonight Show with Jay Leno, Comedy Central's Pulp Comics, HBO's Curb Your Enthusiasm, the Ms. Foundation's Women of Comedy from Caroline's, and Comic Relief 8. Caroline has also hosted her own VH1 series, Fool for Love and Lifetime's The Great Lifetime Makeover.